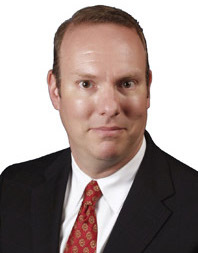 Loren Spivack “The Free Market Warrior” was born and raised in Massachusetts and spent most of his adult life in New York City. Before becoming active in politics, Spivack worked for several non-profits including management consultant for both profit and non-profit companies.

Spivack founded “Free Market Warrior” in 2009 to make a positive difference in American politics and economics.

His “Free Market Warrior” store was expelled from Concord Mills Mall in North Carolina in July of 2009 for selling material critical of the Obama Administration.  The Mall owners and the Simon Property Group are major Democratic donors. Since then, Loren has devoted his time to teaching conservative groups about free market economics. He conducts “Economic Literacy” seminars across the United States. So far, Spivack has delivered his famous seminar on “Economic Literacy” to over 200 groups in 20 states.

Free Market Warrior is dedicated to teaching patriots how to retake control of our destiny as the forces of statism and socialism methodically destroy the last vestiges of freedom in America. We’re not here to gripe, whine or throw tantrums, but rather to learn the ways of the free market warrior in order to protect and defend the principles upon which the USA was founded.

In March, we are highlighting LCISD Common Threads.   Common Threads at Lamar Consolidated ISD is a donation center that provides for families that live within the LCISD areas.  Families in need of anything from toiletries  to clothes to backpacks are given what they need from Common Threads.

Common Threads relies on donations and contributions from local businesses and community members. Donations are accepted throughout the year at every LCISD campus or at Common Threads during regular hours. Common Threads will sponsor various drives during the year to keep items in stock for students. All donations are tax deductible.  Items can be new or gently used and include: